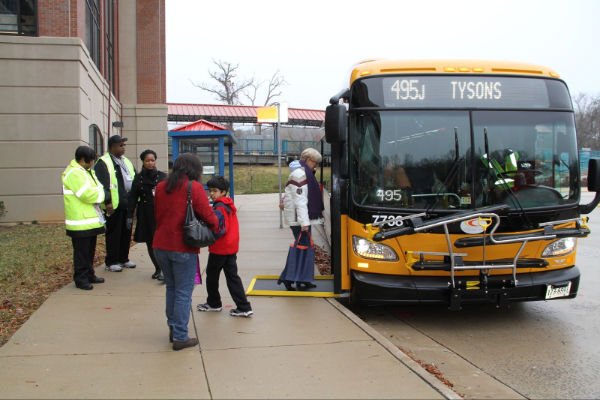 The inaugural run of the new Fairfax Connector Service from Burke Centre VRE station to Tysons Corner using the Express Lane loads up with passengers, including local officials, area residents and members of the press.