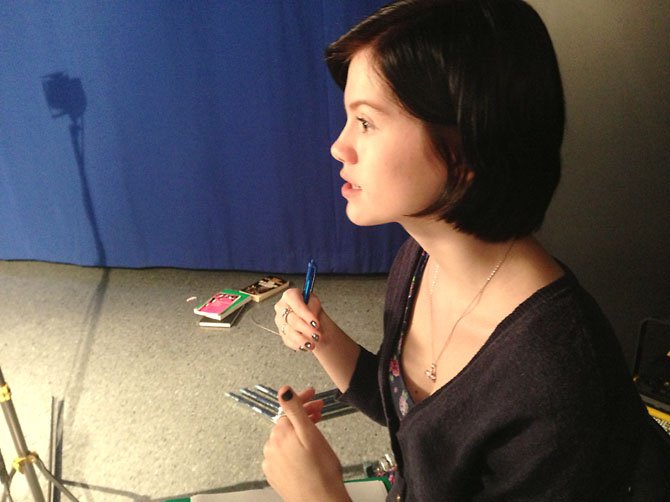 Monica Zinn interviewing a subject for her latest film.