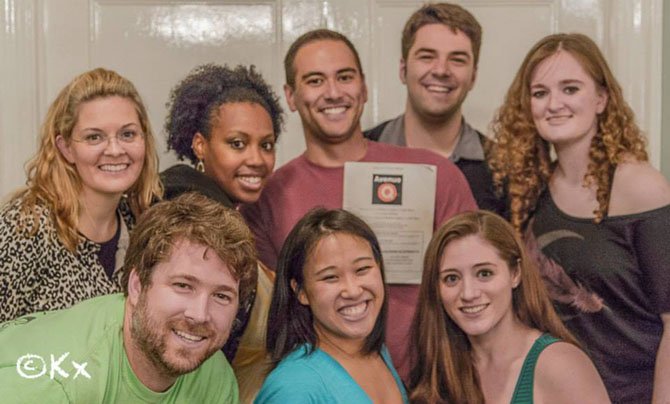 The cast of “Avenue Q” during rehearsal for the upcoming production at LTA. The show will run July 27 to Aug. 17.

With an abundant use of profanity and episodes of "full puppet nudity," the Tony Award-winning musical “Avenue Q” is not the usual fare from The Little Theatre of Alexandria. But when the storied theater company debuts the Sesame Street-style show July 27, each performance will serve as a fundraiser for several local animal charities.