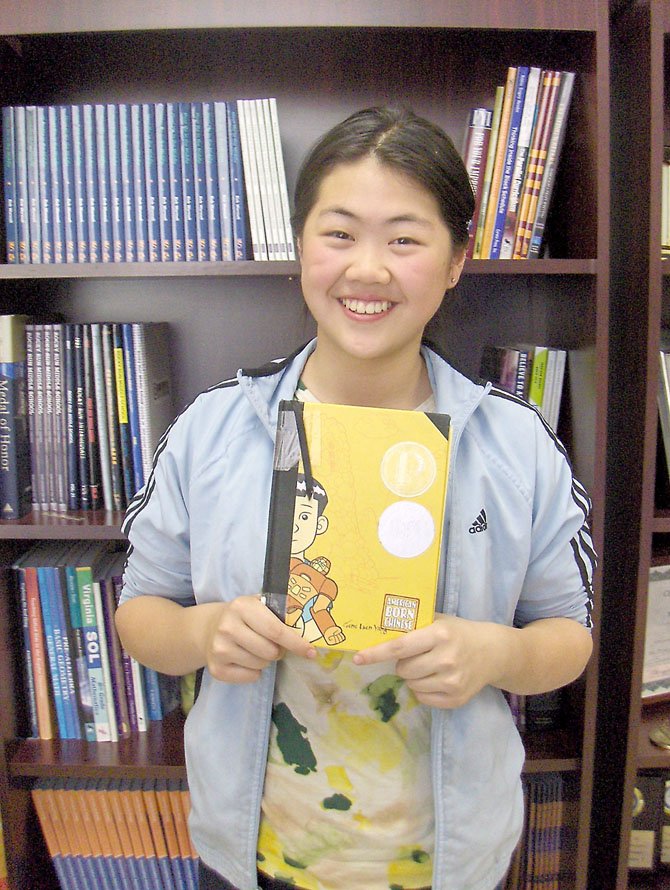 Student Christine Wang wrote an award-winning letter about this book.

Local eighth grader Christine Wang has won first place (for grades six through eight) in the Letters about Literature contest sponsored by the Library of Congress. She wrote her award-winning letter about the book, “American Born Chinese” by Gene Luen Yang. Christine, 13, even got to read her letter recently at the Virginia Festival of the Book in Charlottesville. The book’s a graphic novel in hardcover, comic-book form. It contains three connected stories that become one at the end, and they appealed to her on a personal level.