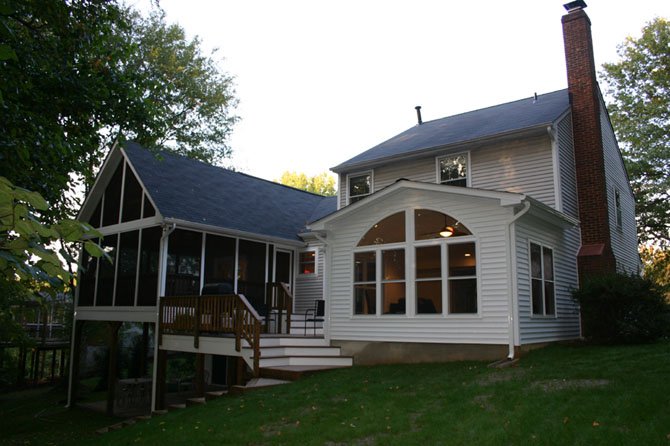 After: a follow-on remodeling project at the the Nusbaums’ home included an extension of the rear family room, an open-air grilling deck and a layout that permits guests to circulate freely.