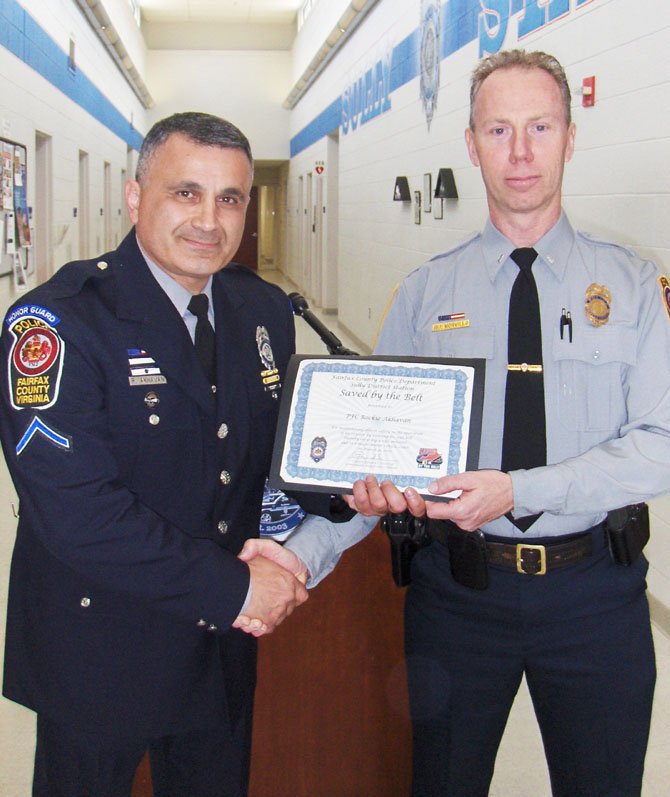 PFC Rockie Akhavan (on left) receives a “Saved by the Belt” certificate from Lt. Rich Morvillo. Akhavan had his seat belt on during the crash.

During last week’s ceremony honoring the officers and citizens who helped out after a devastating crash on I-66, police Lt. Rich Morvillo, assistant commander of the Sully District Station, presented some sobering statistics.