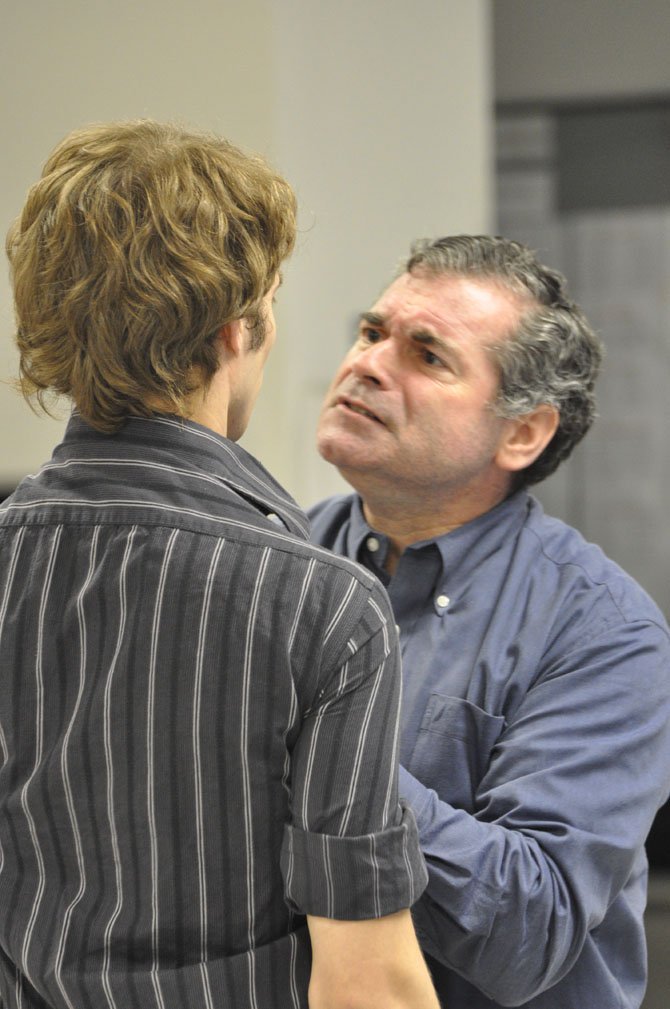 Elden Street Players’ production of ‘Red’ won four WATCH awards including the Best Play. In a rehearsal picture, from left, Brandon Herlig (as Ken) and Michael Kharfen (as Mark Rothko).