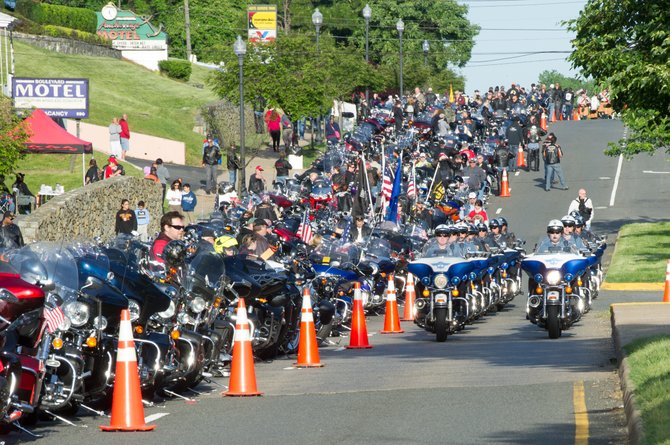 On May 26, the City of Fairfax motor squad prepares to escort the estimated 4,000 bikers in the Patriot Harley-Davidson Ride of the Patriots through Fairfax on their way to participate in Rolling Thunder’s Ride for Freedom.

The 15th Ride of the Patriots brings an estimated 4,000 bikers to the City of Fairfax.

The 15th Ride of the Patriots brought an estimated 4,000 bikers to the City of Fairfax on May 26, to ride together to Rolling Thunder at the Pentagon in Arlington. The event honors America’s veterans, servicemen and women, and raises awareness of American POW and MIA soldiers of all wars. The event is sponsored by Patriot Harley-Davidson and the Fairfax VA Chapter, Harley Owners Group.