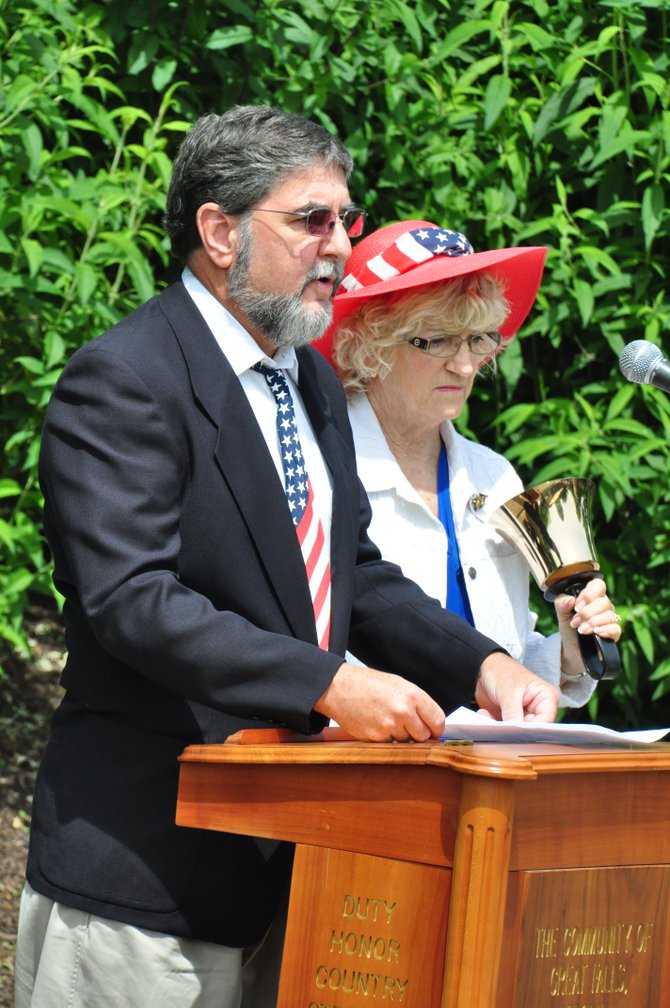 Calvin Follin reads the names of Great Falls residents who have died in the service of their country, or in attacks on their country, while Sara Hilgartner rings a bell for each name at the Great Falls Freedom Memorial Monday, May 27.