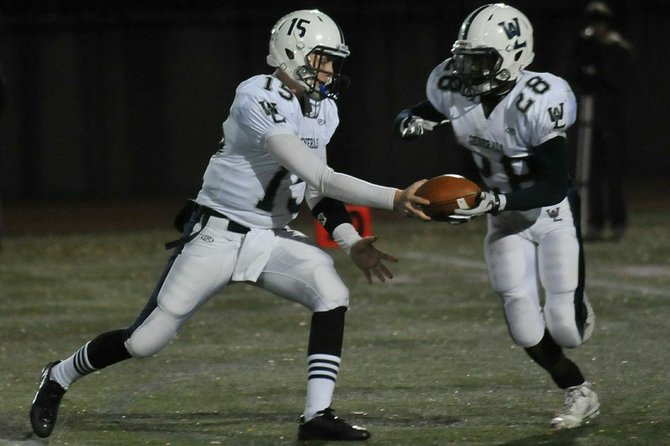 Washington-Lee quarterback Sam Appel, left, scored the game's lone touchdown and running back Daquay Harris rushed for more than 200 yards during the Generals' 10-0 victory over Yorktown on Friday at Greenbrier Stadium.

For the second time in four seasons, the Washington-Lee football team earned a historic victory on Yorktown's home field.