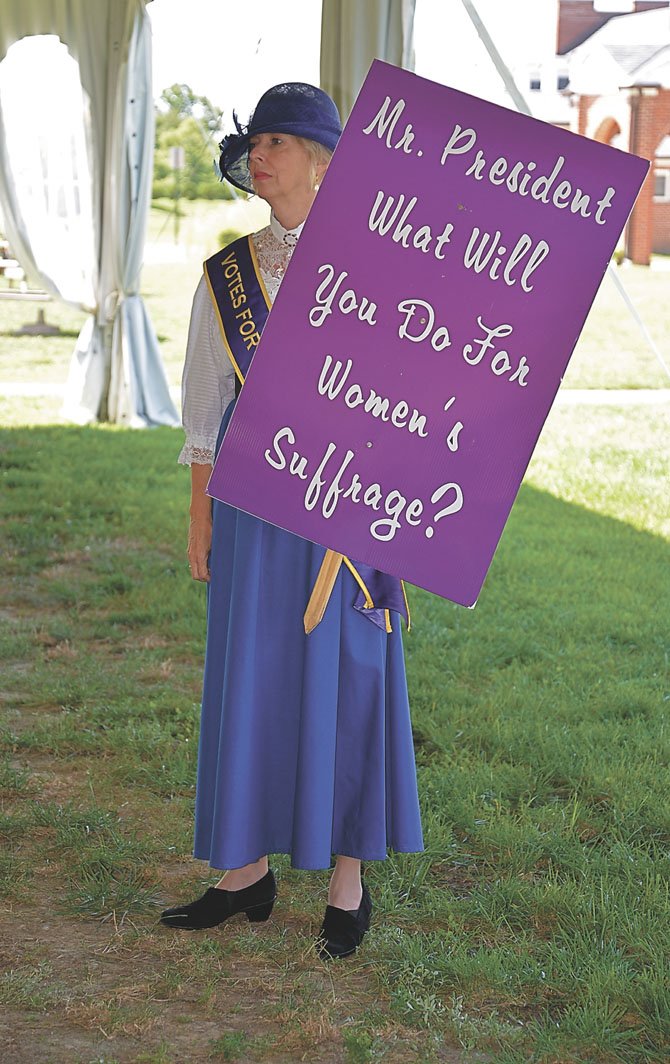 Hilaire Henthorne of Alexandria, a member of the Turning Point Suffragist Memorial Association, was one of the many volunteers who dressed for the occasion during the Women’s Equality Day Celebration at the Workhouse Prison Museum at the Workhouse Arts Center in Lorton.