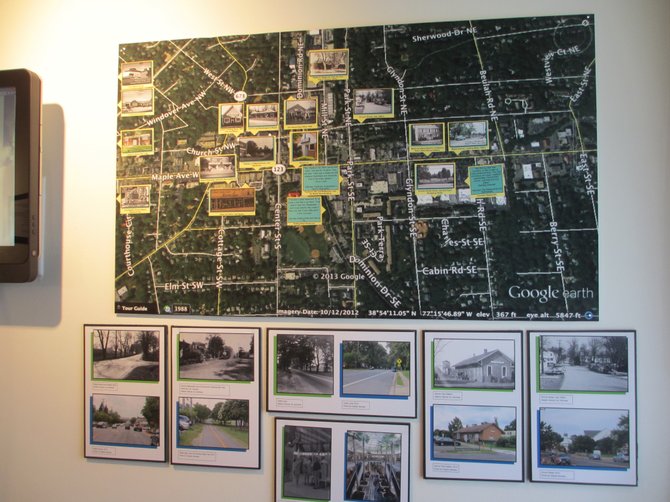 Photographs of mid to late 20th century Vienna are included in the exhibit at Freeman House.