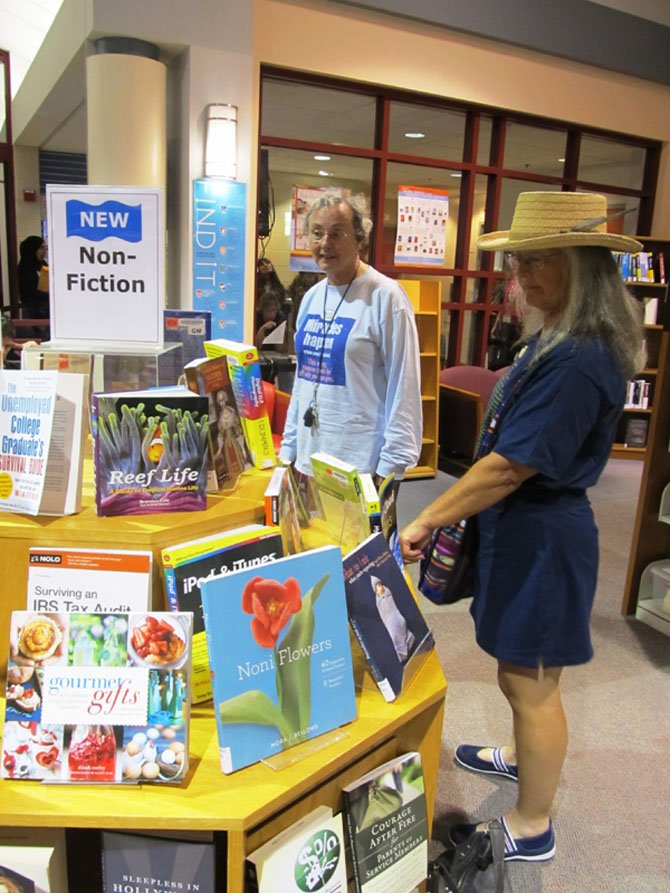 Michele Sendow of Herndon and Anita Ramos of Centreville, both longtime library supporters and patrons, attended the Sept. 11 Fairfax County Library Board of Trustees meeting held at George Mason Regional Library in Annandale to urge board members to put the “beta” plan on hold. More than 250 critics of the plan attended the meeting.