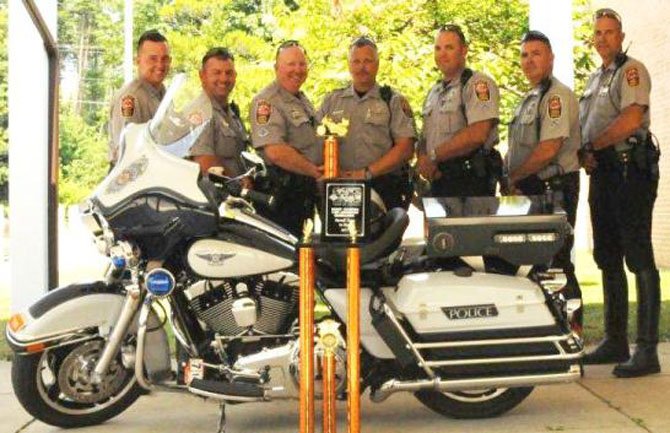 The eight-member contingent from Fairfax County took first place in the team competition, topping the list of 14 teams.

Eight members of the Fairfax County Police Motor Squad recently traveled to Milwaukee, Wis. for a two-day motorcycle riding safety and skills competition. The event was held at the headquarters of the Harley Davidson Motorcycle Company and marked its 110th anniversary.