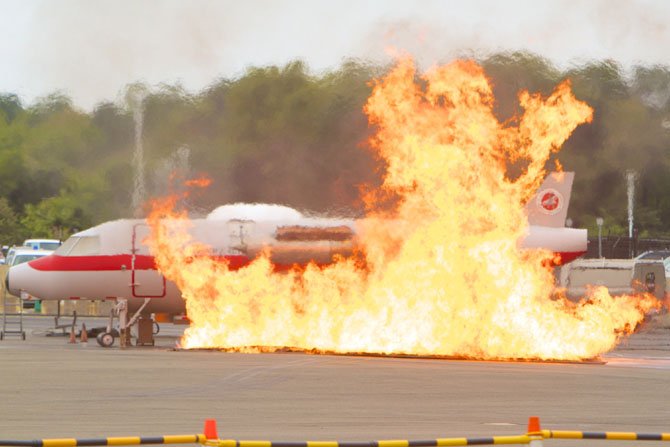 During the full scale emergency preparedness exercise at Reagan National Airport on Sept. 21, the fire is ignited on a training plane. The controlled fire is propane fed.

A full-scale emergency-preparedness exercise brought organized chaos to Reagan National Airport on Saturday, Sept. 21. The FAA mandates that a full-scale exercise be held every three years. Nearly 150 people volunteered to role play victims for the event. They were made up to simulate injuries that might be sustained in a plane crash. More than 50 emergency vehicles participated in the exercise.