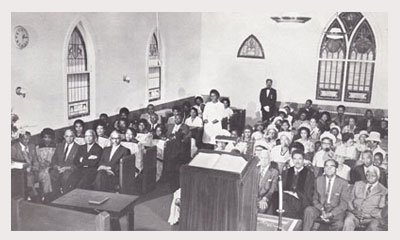 The congregation of Shiloh Baptist Church in 1970.