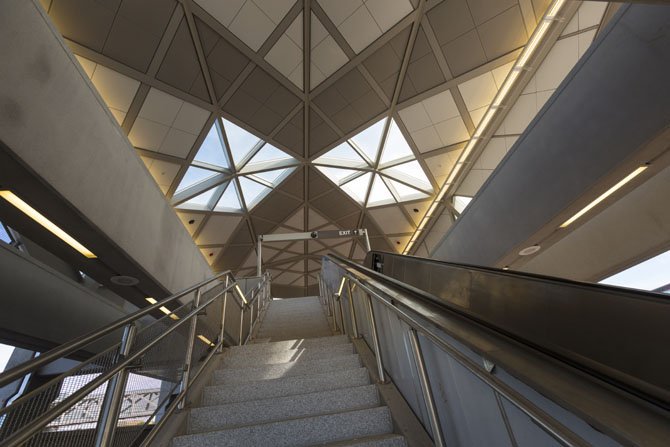 Wiehle Avenue Station: The Silver Line is a 23-mile addition to the Metrorail system.