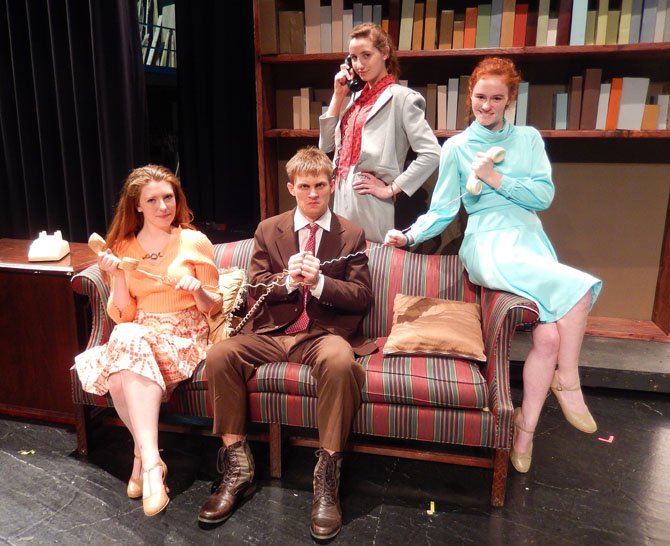 (From left) Emily Ennis, Doug Klain, Caroline Silas and Amanda Harvey are all nominated for Cappie awards for Fairfax High’s musical, “9 to 5.”

The 2014 Cappie nominations were unveiled last Monday, May 19, and Fairfax High’s production of ‘9 to 5’ received a whopping 13 nods – a school record – including Best Musical.