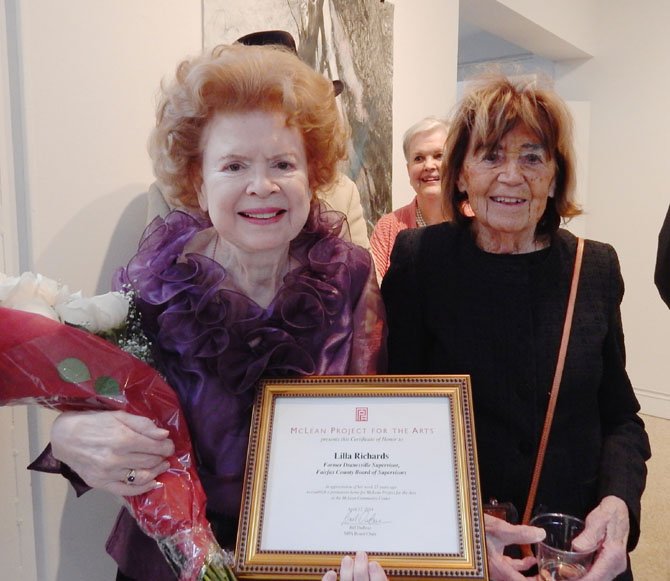 On April 17, McLean Project for the Arts (MPA) held a reception in honor of former Fairfax County Supervisor Lilla Richards on her 75th birthday for her work 25 years ago to find a permanent home for MPA at the McLean Community Center. With Richards’ help, McLean Project for the Arts, the McLean Community Center and Fairfax County entered into the first public/private partnership in the arts for Fairfax County. MPA, founded in 1962, moved seven times from one temporary residence to another. In 1987, leaders of MPA and the MCC began discussions with the county to bring MPA to the center. Lilla Richards was elected Supervisor in November 1987 and began immediately working with MPA to bring this project to fruition.