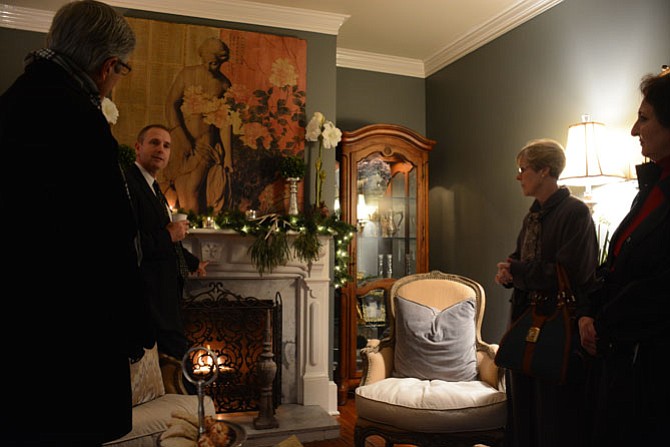 Tom Russell (center, left) of Burke and friend of Payne House owners Pete and Mary Mills welcomes guests to the Mills’ home and gives a brief history of some of its features, like a fireplace from the original Willard Hotel in Washington, D.C.