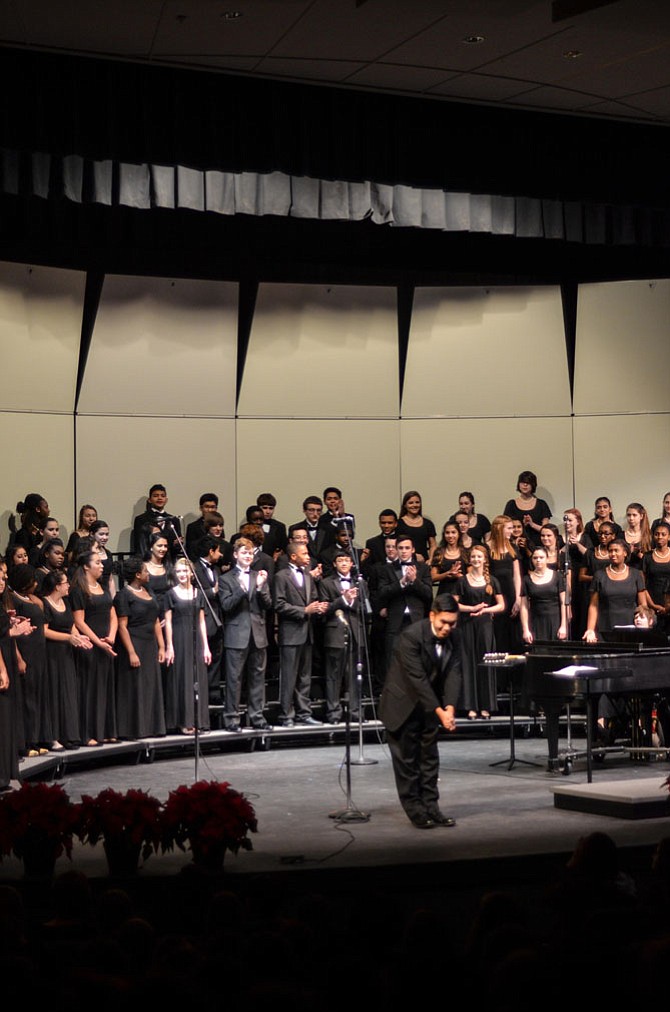 Reston’s South Lakes High School choral department presented their free winter concert “Sounds of the Season” at the school auditorium on Dec. 11. Music preformed included both sacred and secular selection, and was an opportunity for family members and friends to hear the results of many hours of practice and rehearsal.