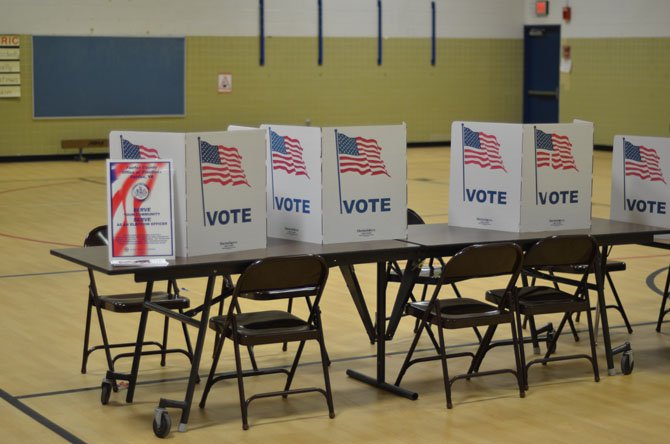 Polling booths were set up at Herndon Elementary School for the 33rd District Election. Fairfax County school classes were cancelled due to a snowfall.