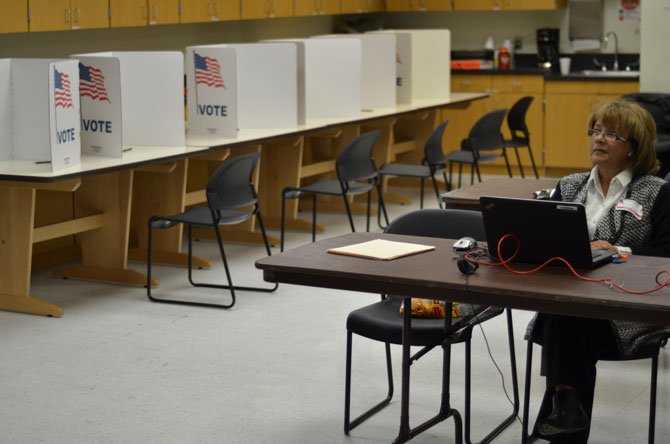 Polling booths were set up at Herndon Community Center for the 33rd District Election.