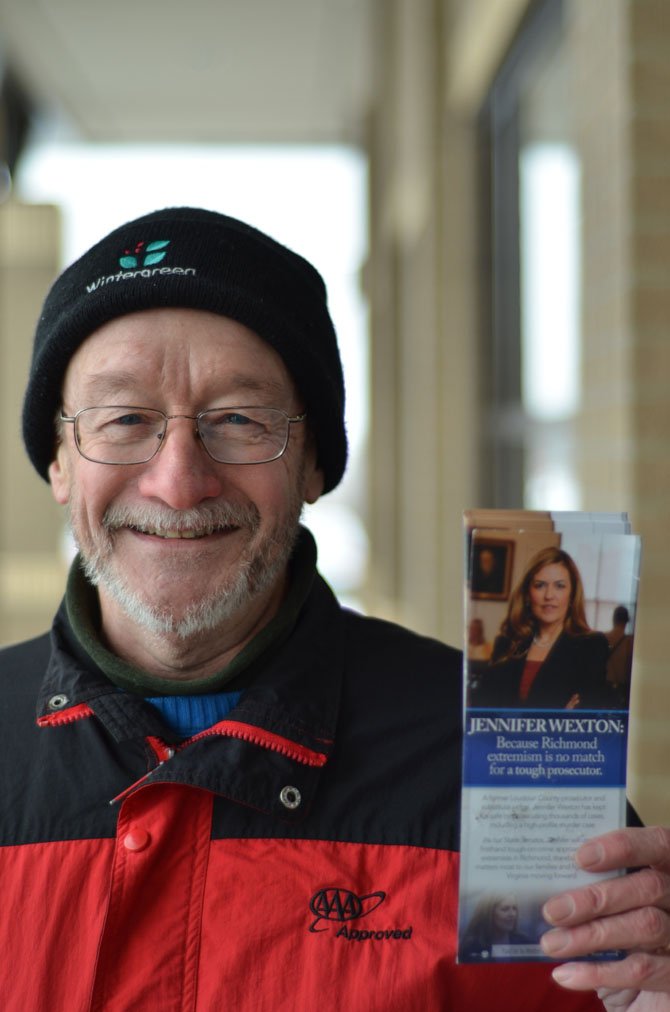 At Herndon Community Center, Jay Donahue was handing out ballots for candidate Jennifer Wexton who was running in the special 33rd District Election.