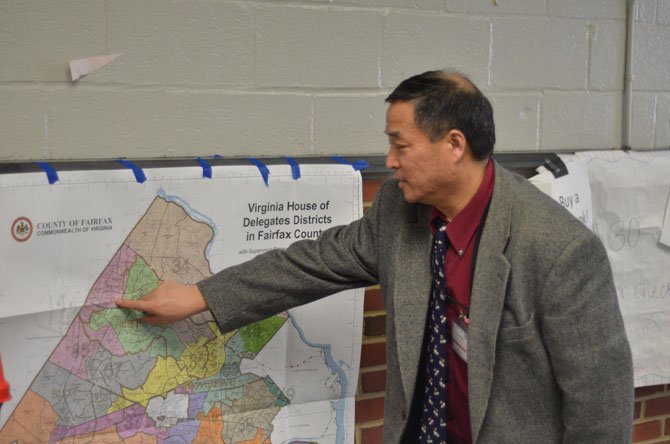 Chief election officer Chen Yang at Herndon Middle School points out the site’s location on a map. Yang said more voters had come in the morning hours to avoid the snowfall.