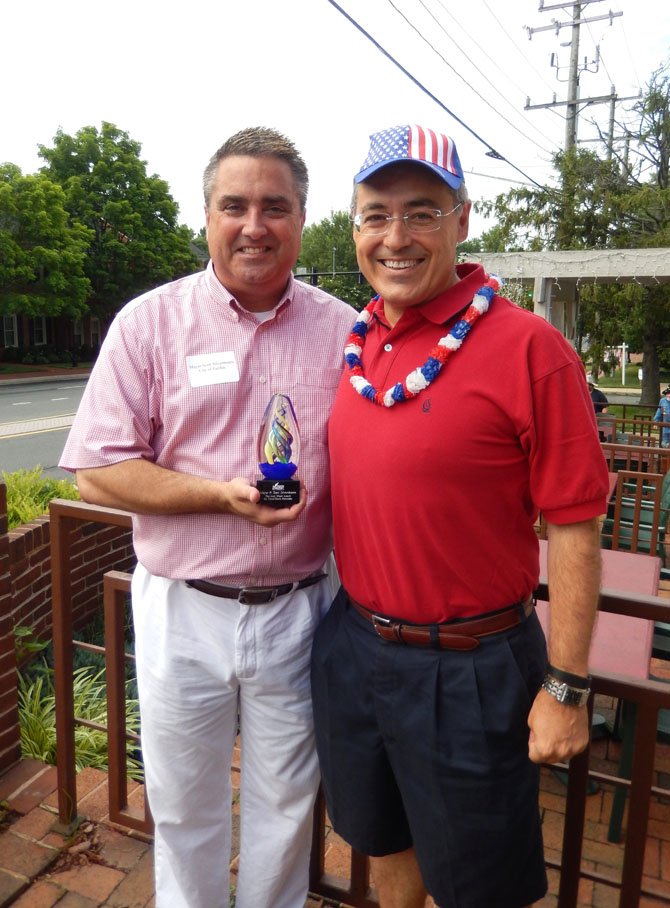 City of Fairfax Mayor Scott Silverthorne capped off his Fourth of July by enjoying the fireworks at Fairfax High. But he began his day by receiving an award from GMU. It was presented by GMU President Angel Cabrera during a Central Fairfax Chamber of Commerce breakfast reception at Red, Hot & Blue before the City’s Independence Day parade.