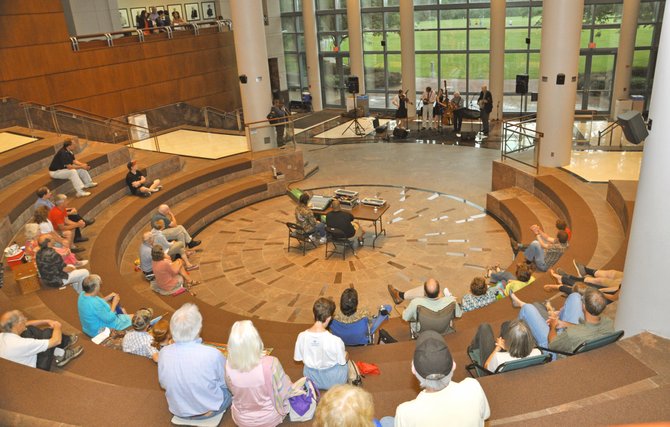 The crowd filled the steps of the Fairfax Government Center to take in the bluegrass concert.

Despite the hurricane warnings and the dismal weather, area residents turned out for the first Ellipse Summer concert at the Fairfax Government Center last Thursday, July 3. Originally planned for the government center “backyard” lawn, the bluegrass band Bill Emerson and Sweet Dixie moved to the lobby of the government center instead, proving that the concert would go on come rain or shine.