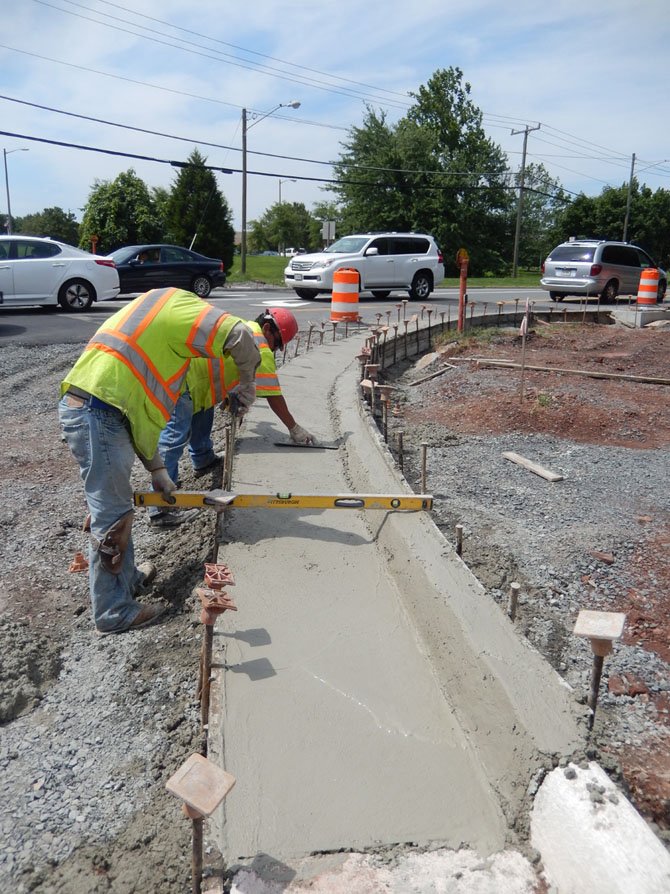 Workmen on Wednesday smooth and level a freshly cemented curb at the corner of Stringfellow and Poplar Tree roads.