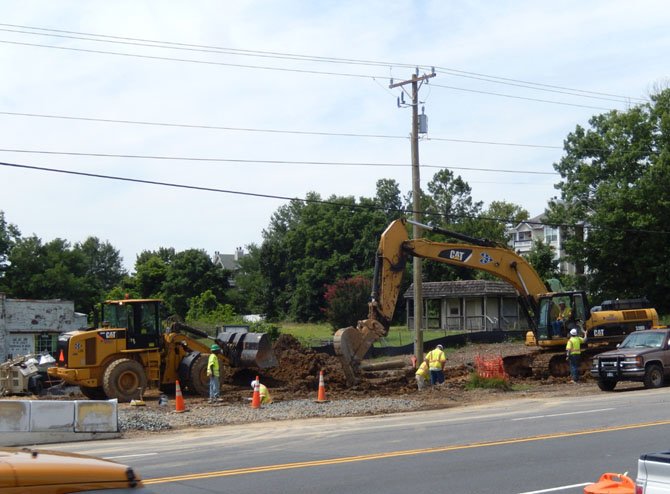 Work progresses along Route 29 in Centreville as part of the bridge replacement over the Little Rocky Run stream.