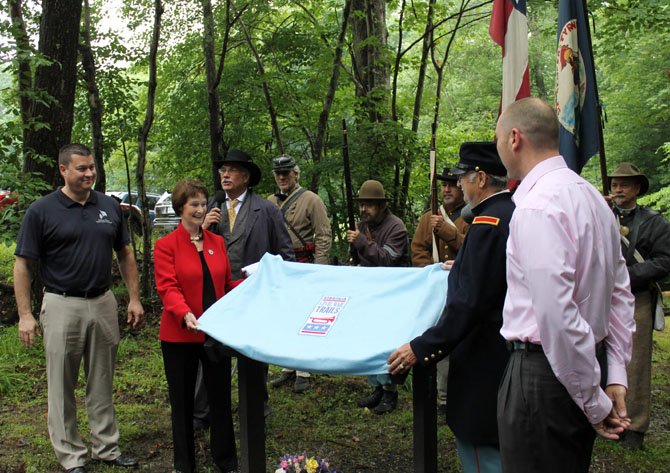 During the Civil War, Wolf Run Shoals in Clifton served as a major entry point for the Union Army marching north. A marker written by historians James Lewis and Brian McEnany, honoring the site’s rich historical legacy, was unveiled during a ceremony at the site in Clifton on June 21.