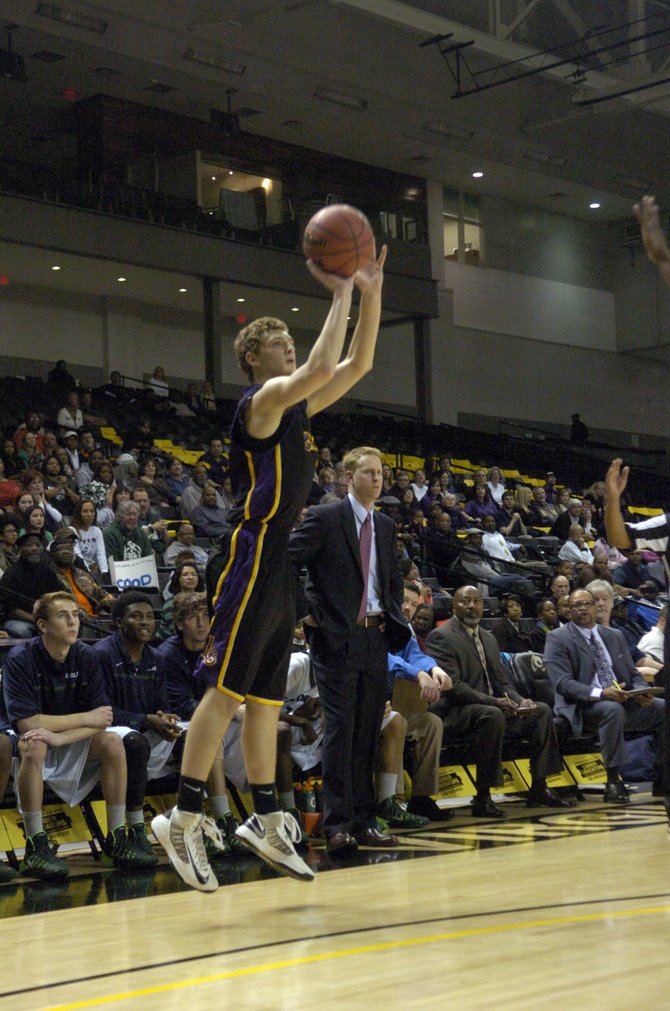 Lake Braddock's John Nice made a pair of 3-pointers and scored eight points during the first quarter of Friday's 6A state semifinal matchup against Colonial Forge at VCU's Siegel Center in Richmond.

The Lake Braddock boys' basketball team finished the season with a 23-5 record.