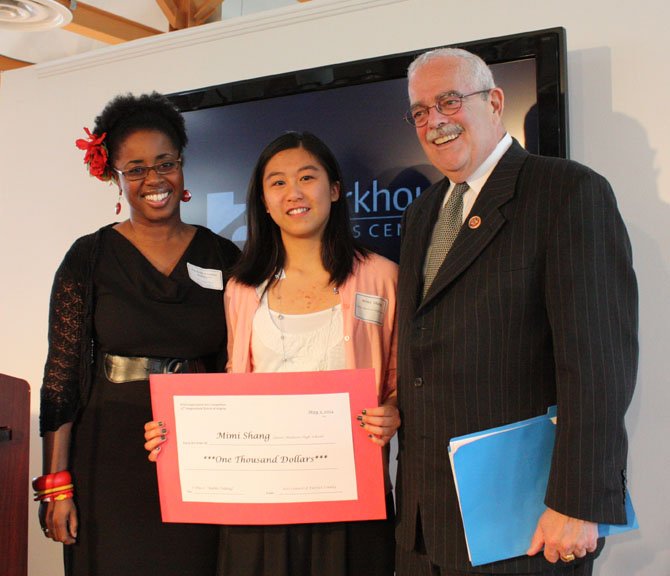 Mimi Shang of James Madison High School in Vienna receives her first place award in the Congressional Arts Competition from Congressman Gerry Connolly and judge Rachelle Etienne-Robinson of the Arts Council of Fairfax County. The winners were announced at a reception held at the Workhouse Arts Center in Lorton.