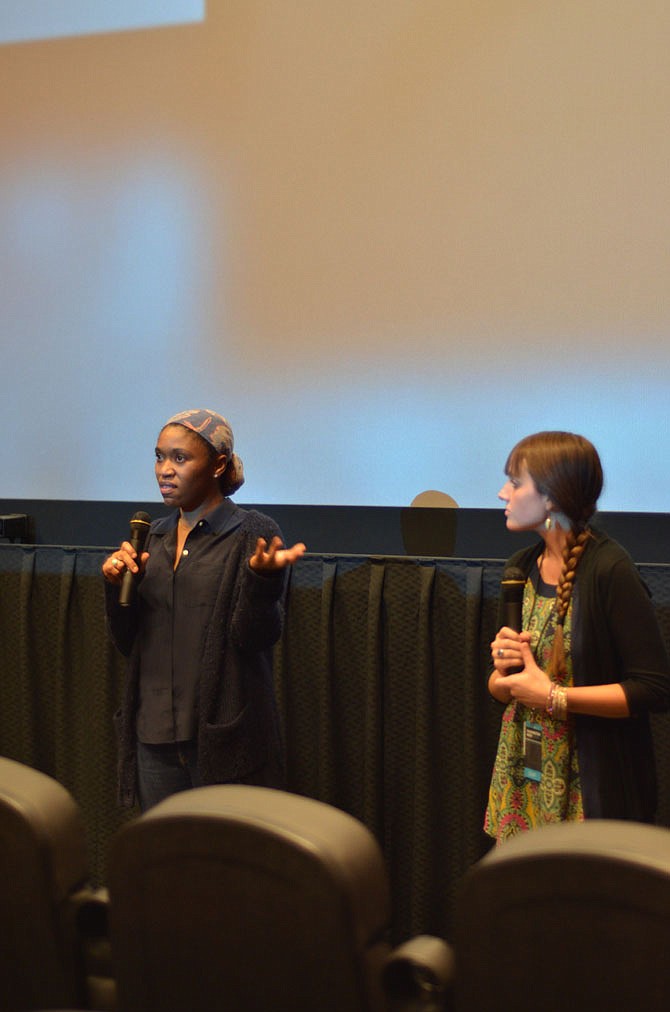 Producer Alexandra McDougald takes questions from the audience after the showing of documentary film “Alive Inside” at Reston Bow Tie Cinema. Next to her is Washington West Film Festival Director of Operations Samantha Dols.