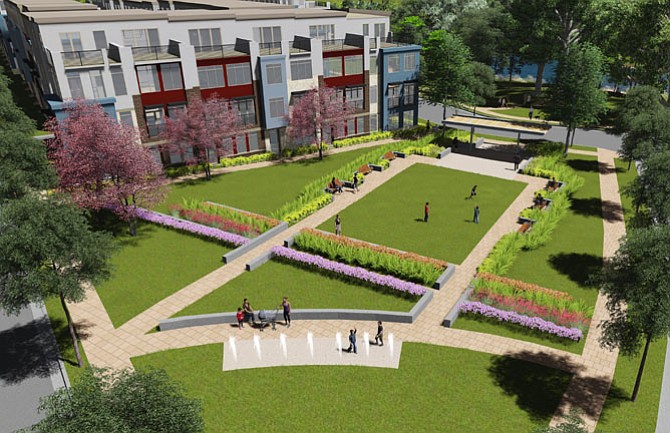 Centreville/Chantilly: Looking into the Future

Homes, stores, restaurants and a roundabout.

With the downturn in the office market, developers are instead planning to build residential and commercial uses on vacant parcels of land in the Westfields area of Chantilly. Below are details about what’s on the horizon, including plans for a memory-care facility off of Route 50 west.

With the downturn in the office market, developers are looking at vacant parcels of land in the Westfields area of Chantilly as a place for residential and other uses, instead.

Ackridge Plans for Residents to Live, Work and Play

A plan is afoot to transform 50 acres of vacant land along Route 28 and Stonecroft and Westfields boulevards in Chantilly. Being proposed for what would be called The Preserve at Westfields are 155 townhouses, 650 apartments, plus retail and other amenities.