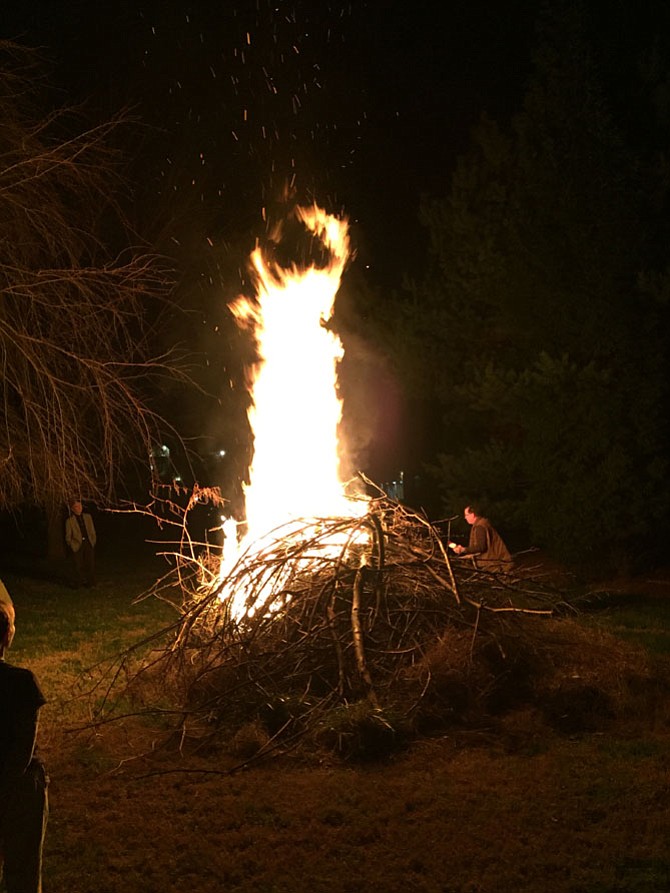 A bonfire lights up the night during the Conways’ annual Christmas party at their River Road home.