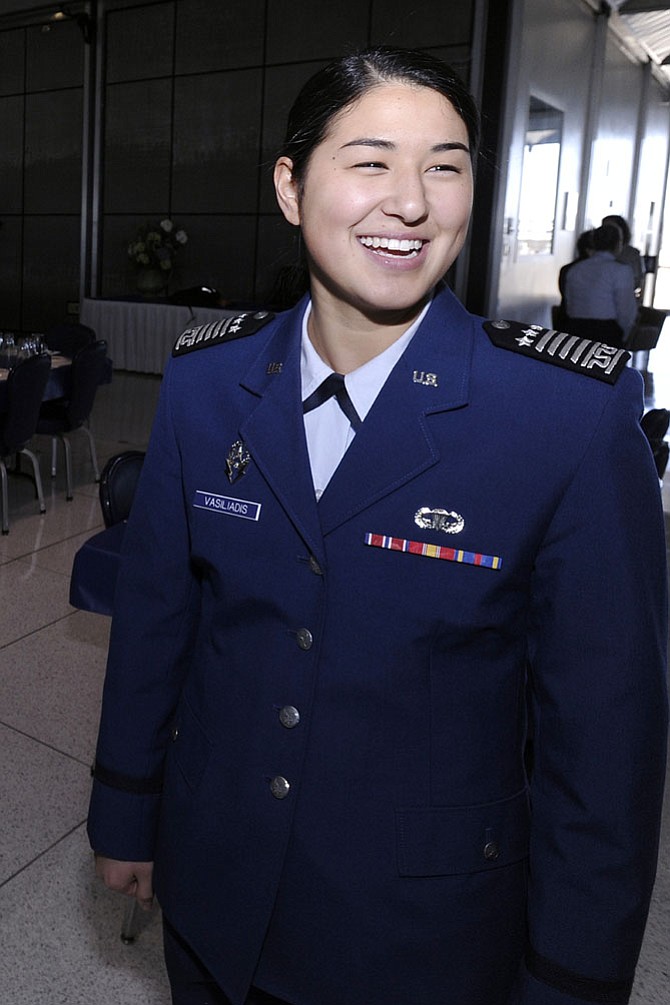 Sophia Vasiliadis made her debut as Wing Commander at the Air Force Academy in January.

Four years ago, Sophia Vasiliadis was about to graduate from Langley High School and unsure of the direction she wanted to take in life. Since then, it has been up, up and away. Today, the 22-year-old student at the Air Force Academy (AFA) is now leading the entire student body as the new Cadet Wing.