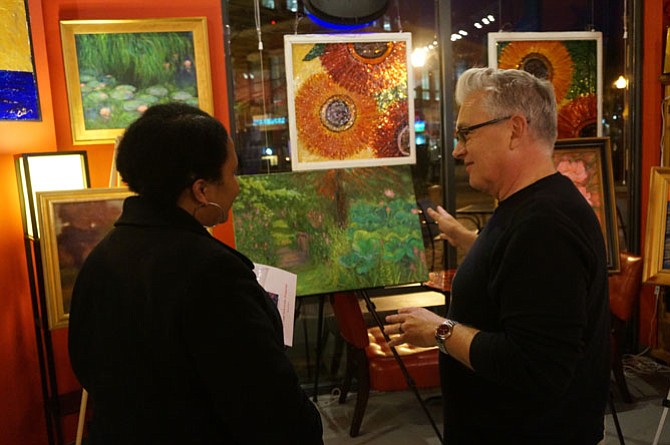 Artist Eric Nelson, right, talks with collector Anita McFadden during the Breath of Spring reception March 19 at Artfully Chocolate. Nelson and Nancy Ziegler showcased their artwork as part of a celebration of the official end of winter.

When Nancy Ziegler’s husband died in 2006, a friend gave her a gift certificate to be used at The Art League. It was there that she discovered her artistic talents and has been a flourishing artist ever since.