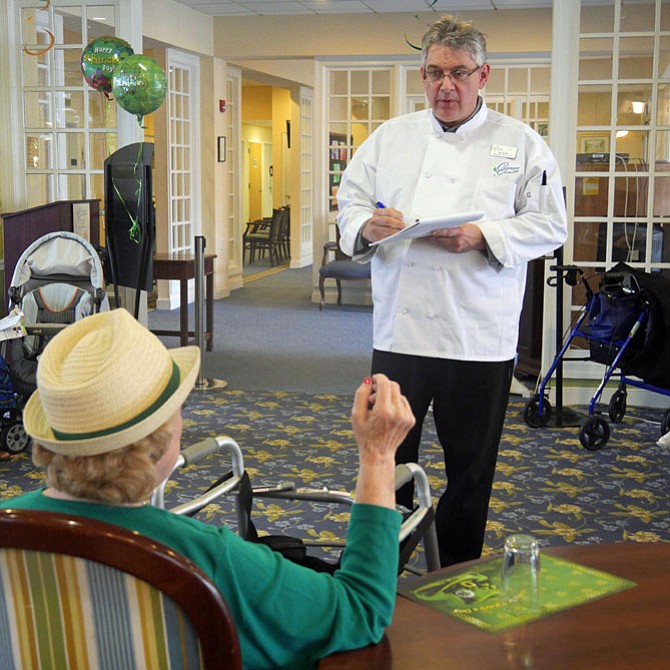 Chef Greg Riddle listens to feedback comments from residents during the food forum at Culpepper Garden. Lorraine Thorpe volunteers that she has a recipe for the “best ever cake” and Riddle tells her he’ll figure out how to make it for 300.