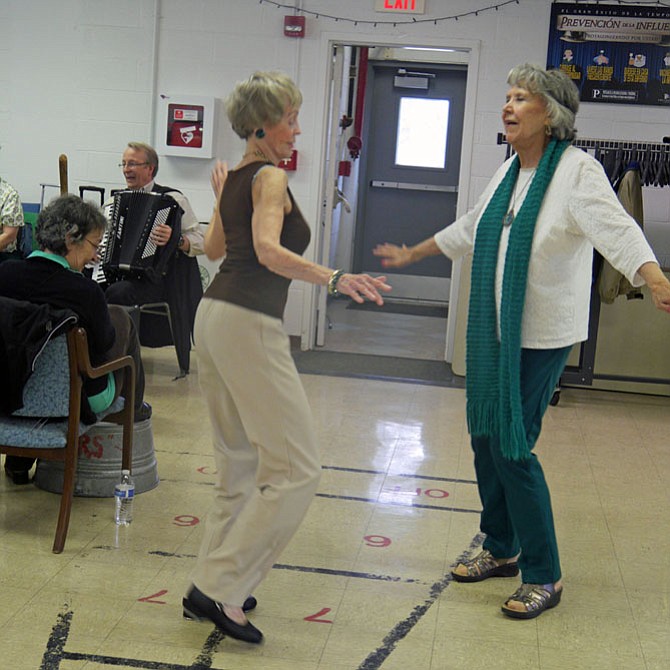 During the St. Patrick’s Day party Marilyn Jarvis spontaneously grabs a partner, Adrianna Bustamante, and tap dances to “The Sidewalks of New York” as Ken Kunec plays the accordion with the Merrymakers leading the residents in singing the lyrics.