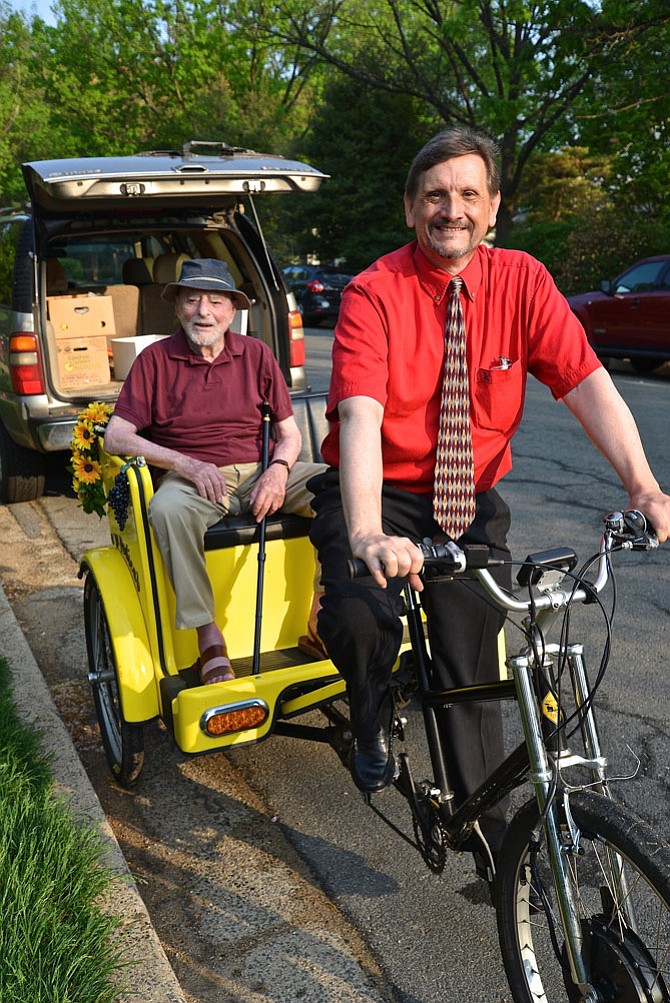 Getting ready to lead the Cyclists’ Parade: Reston founder Robert Simon was the honored Grand Marshall for the Lake Anne Elementary School’s participants in the International Bike to School Day event. In the spirit of things, Simon wheeled it from the gathering grounds to the school by the volunteered pedal power of pedicab owner Paul Walsh of Reston. When asked if he had a connection to the school, Walsh replied “No. I think I am just the only person with a pedicab in Northern Virginia! It’s a beautiful day and this is fun!”

Wheeling Their Way to School

Melissa Romano, mother of two students at Lake Anne Elementary School in Reston and one at Forest Edge, has been coordinating a monthly “bike to school” for about two years, but even she admitted that she had to up her game to organize Lake Anne’s participation in this year’s International Bike To School Day.