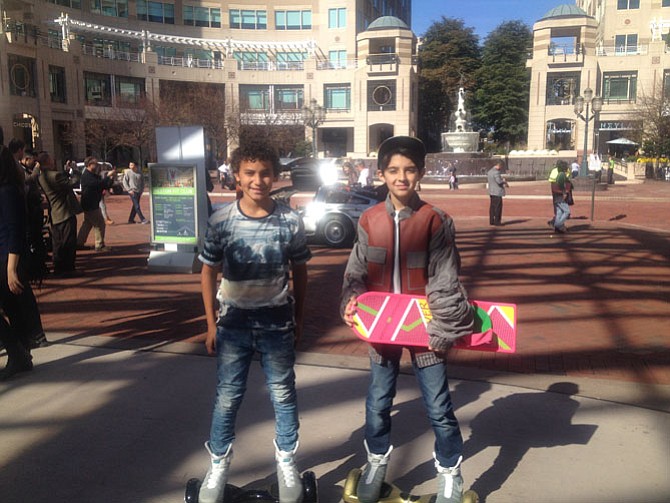 Reston area residents including Langston Hughes Middle School student Chad Nazam were thrilled that Reston and the Washington West Film Fest celebrated the “Back to the Future” trilogy.