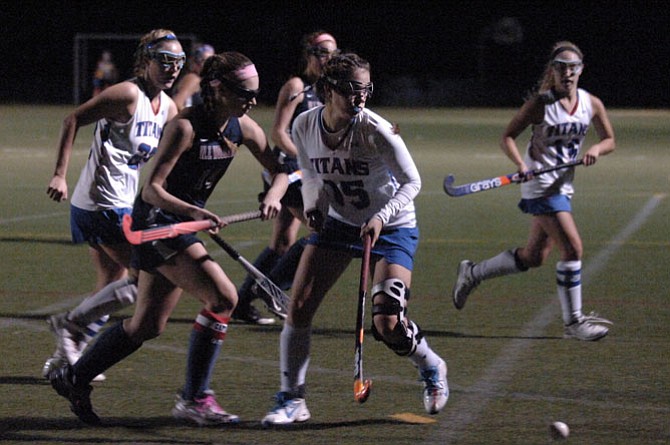 T.C. Williams senior Tatiana Gold (15) scored a goal during Monday’s win over Woodson, six days after returning from a broken thumb that sidelined her for a month.