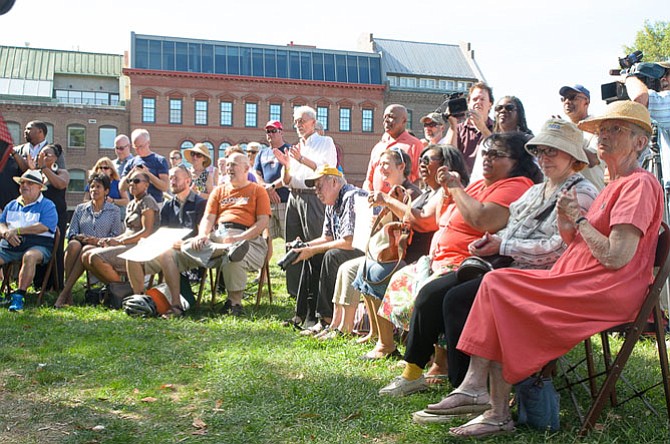 A group of supporters gather for Mayor William Euille’s announcement.