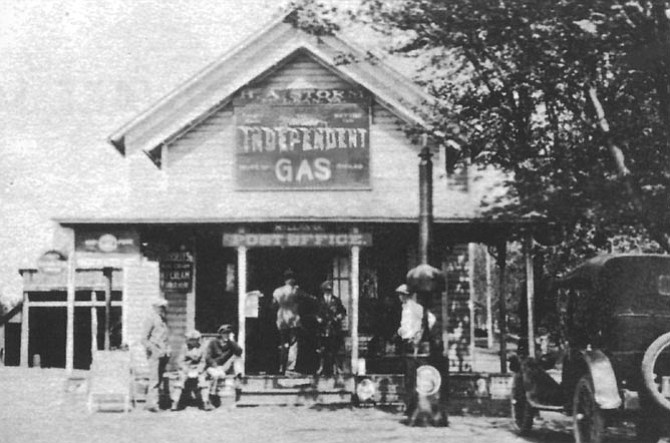 Storm's General Store and Post Office opened beside the tracks of the Great Falls & Old Dominion Railroad in 1910.