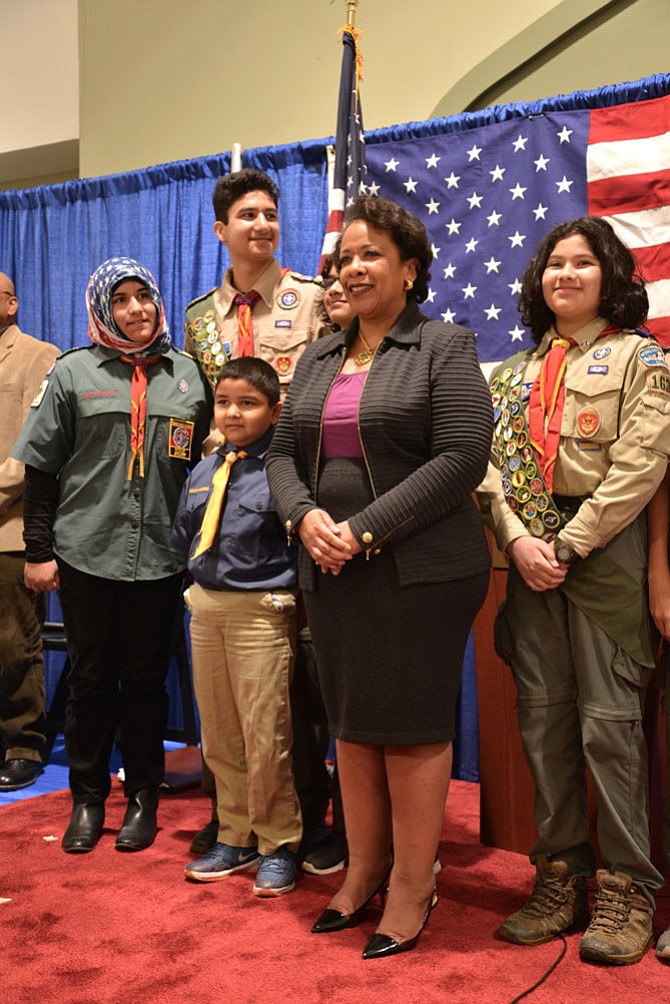 US Attorney General Loretta Lynch poses after the Interfaith event with some of the scout troops from the ADAMS Center. ADAMS is heavily involved in scouting programs and a large number of its youth participate in scouting.

“When one is threatened, we are all threatened. That’s the pledge we made as citizens.”