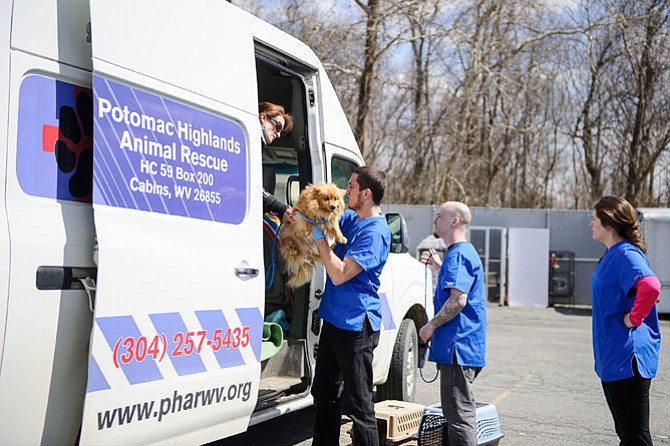 Potomac Highlands Animal Rescue (PHAR) in West Virginia delivers a dog to the Animal Welfare League of Alexandria, which operates the Vola Lawson Animal Shelter. Some West Virginia counties have a surplus of dogs, many of them in demand in Alexandria.

About once a week, Chestina Merriner loads four or five dogs into a white van and makes the 150-mile trip from Wardensville, W.Va., to Alexandria. Destination: the Animal Welfare League of Alexandria (AWLA).