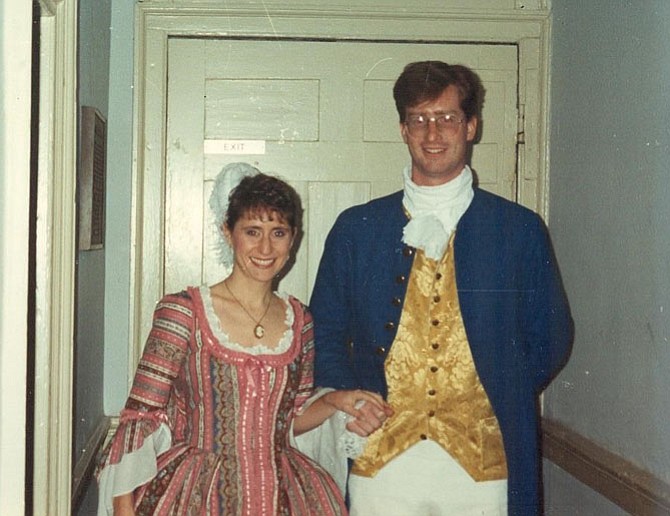 Gretchen Bulova, along with husband David, spent many evenings dressed in period attire for events at Gadsby’s Tavern.