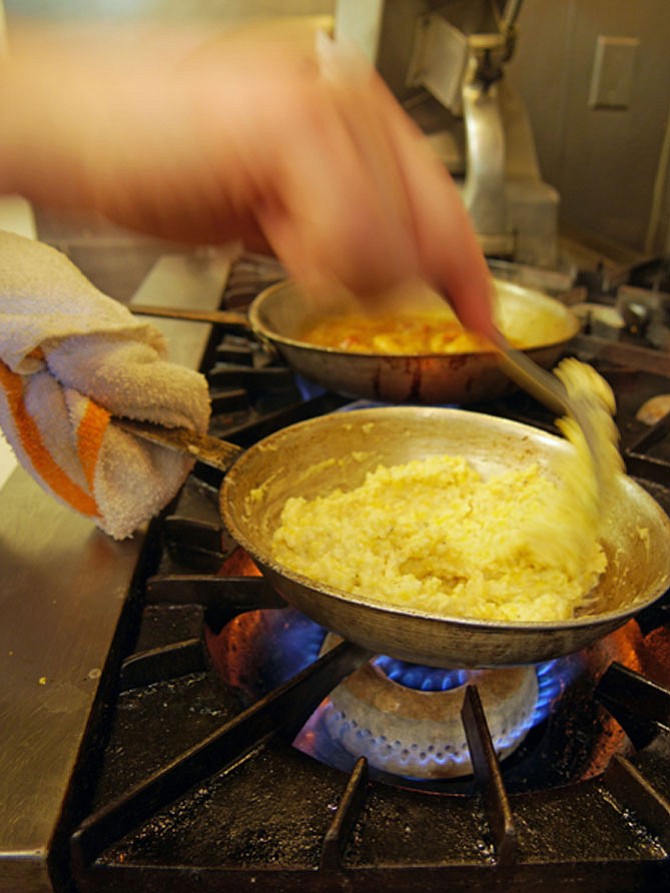 Anson heirloom grits are heated on a burner next to the shrimp. Executive Chef Lisa Marie Frantz says everyone has their own favorite version of grits. These have some texture to them and a little bite. They have been cooked in cream, salt, butter and a little chicken broth.

Meet the Chef: Frantz of Majestic

Chef Frantz discovers her sweet spot in the kitchen.

Wedges of lemon, squares of unsalted butter, curly green onion slivers, low country gravy and blackened shrimp sit mise en place in the prep kitchen at The Majestic on King Street. Lisa Marie Frantz, executive chef at The Majestic, is preparing shrimp and grits made to order for each customer.