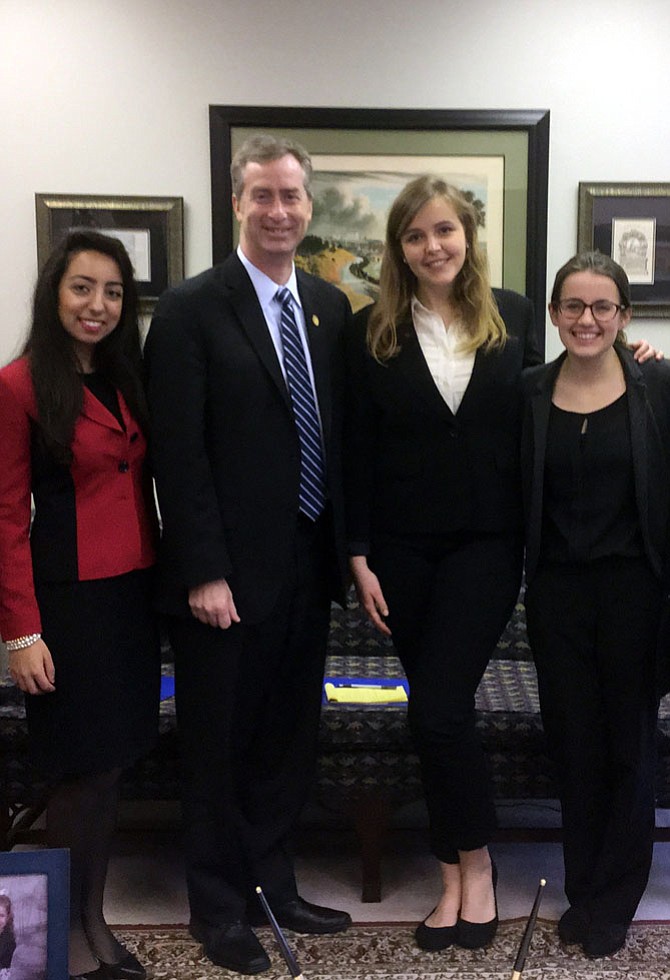 From left, George Mason student Donna Imadi, Del. David Bulova (D-37) and Imadi’s classmates Danielle Melton and Beverly Harp. The students are part of the Roosevelt Institute at George Mason and presented at the General Assembly session in Richmond, advocating based on policy papers they developed around affordable housing and education.