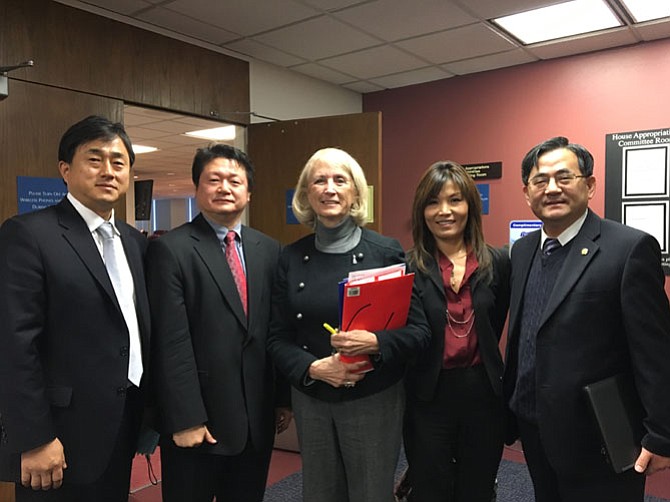 Del. Vivian Watts (D-39) meets with members of the Virginia Korean American Association who traveled to Richmond to testify in support of her House Bill 1223, which would allow prospective voters to give their full name and residence address to election officers orally or in writing.